Share a memory
Obituary & Services
Tribute Wall
Read more about the life story of Edward and share your memory.

Edward C. Back passed away peacefully at his home on Thursday, January 5, 2023, at the age of 93. He was born on December 26, 1929, and raised in St. Peters, Indiana, where he spent many hours working on the farm. Ed graduated from Brookville High School. He married Charlene Weiler on October 21, 1950 and together they were blessed with three children: Daryl, Gary, and Luann.  Ed moved to Harrison in 1954, where he worked and retired from Cincinnati Incorporated. In 1972, Ed bought Mac's Deli, which turned into Back's Deli and Drive Thru. It became a family business and was a very important part of his life. It provided a living not only for himself, but also for his children. Ed loved his job and his customers. He could spend hours talking to those who came into the store. Ed was a great man who would help anyone in need. He always remarked on how great his life had been. Ed truly loved his life and family. In his spare time, he loved watching the Reds and Bengals, fishing in Canada, bowling, and golf with his friends.

Ed was preceded in death by his wife of 61 years: Charlene (Weiler) Back; parents: John and Mary (Erhart) Back; siblings: Rose, Marie, Robert, Sally, and Hilda.

In lieu of flowers, the family has asked for memorials to be made to either Christ's Loving Hands or Reach Out Pregnancy Center.  A funeral home representative will be available during the services to accept memorials.  If you are unable to attend memorials may be mailed to the funeral home. 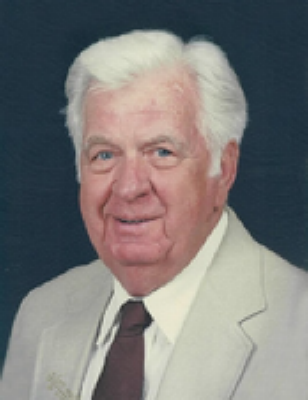