Share a memory
Obituary & Services
Tribute Wall
Read more about the life story of Adrian and share your memory.

“Because I don’t live in either my past or my future, I’m interested only in the present. If you can concentrate always on the present, you’ll be a happy man.”, The Alchemist by Paulo Coelho.

Adrian Carr Early, husband of Cynthia (Cindy) France, father of Gabriel, Aidah, Nora, Ezra, Christopher and Parker of Sayler Park, passed away on January 11, 2023 at the age of 48. By Coelho’s measure, he was a happy man. Adrian (aka ACE) searched for what made him happy in life. His varied work positions over the years included managing properties for HUD, Manager at the Drop Inn Center, and sales for Jeff Wyler Automotive. The common thread for his career path was helping people, and that is what made Adrian happiest. He was always there to lend a hand to a neighbor or a friend and he expected nothing in return. Adrian will be dearly missed by his best friend and next door neighbor Jim Rieder and his wife Rachel. Edith (Edie) and Leo Yakutis, also close neighbors, will miss Adrian’s quirky sense of humor and his beloved truck which he had a tendency to start early in the morning awakening their household of dogs. Adrian’s mantra was “you be you”. These are the words he lived by. He embraced these words and had a vanity plate to prove it. His many interests included backcountry camping, collecting artwork, and old barns. Adrian had “sawdust in his veins” and over the years had relocated and reinstalled cabins, built decks, rebuilt stone foundations, fences, cabinetry and really just enjoyed getting his hands dirty. He loved tools and there was no such thing as a specialty tool he didn’t need. Adrian was a poet and a writer.

Adrian was born on October 27, 1974 to Danny and Kathryn (nee Skiles) Early. He grew up in Alexandria, Kentucky and graduated from Campbell County High School. He went on to get a Bachelors Degree from Thomas More College and a Masters in Public Administration from Northern Kentucky University. Adrian was a lifelong learner and placed a high value on education. He took joy in sharing his knowledge and books at every turn, he was a Renaissance Man. Adrian became a dad in 2010 to Christopher and in 2015 to Parker. Adrian met his future wife Cynthia (Cindy) France in 2016. They married in June 2021 and became a dad to Cindy’s children Gabriel, Aidah, Nora, & Ezra. He loved spending time with all of his children. In his all-too-brief sojourn in Sayler Park, Adrian made many friends and connections here. This was his home. A devoted, giving and doting husband and father. A good friend and a “big brother”. His charm, sense of humor, quick wit, silly antics, thoughtfulness and love will be missed by many. Adrian will be dearly missed by his loving wife Cynthia (Cindy) France; cherished children: Gabriel, Aidah, Nora, Ezra, Christopher and Parker; Aunt: Melissa Ann Early; Cousins: Amie Rich-Guzman, Dominique Rich, and Joshua Early; Mother and Father-in-law: Nancy & Howard France; Brothers-in-law: David (Dani) France, Daniel (Stephanie) France; sister-in-law: Bethany (Brandon) Baird. Adrian was also a loving uncle to his nieces and nephews and a dear friend to many including Heather Kemper-Fordeck. Also survived by siblings: Tiffany (Alex) Nash, Clinton (Jessica) Early, & Emily McKenzie.

Gathering of Friends will be held at Brater Winter Funeral Home, 138 Monitor Ave., Sayler Park, 45233 on Monday, January 16, 2023 from 6 pm until the time of the remembrance service at 7 pm.

The family asks in lieu of flowers that donations be made in memory of Adrian to NAMI (National Alliance on Mental Illness). A funeral home representative will be available to accept memorials during the services.  If you are unable to attend you may mail your donation made payable to NAMI to the funeral home and they will notify the family of your donation and forward to charity.  You may also see the link below. 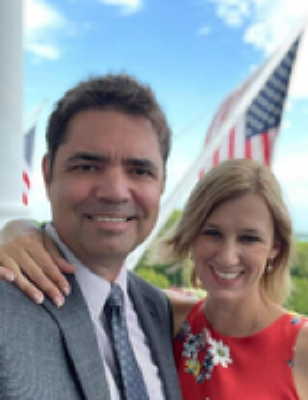